The outdoor photographic project “Who’s Black Who’s White” is set at the intersection of art and communication. On display for six months in Rådhuspladsen, the project aims at underlining human diversity and pointing out at common skin-related stereotypes. 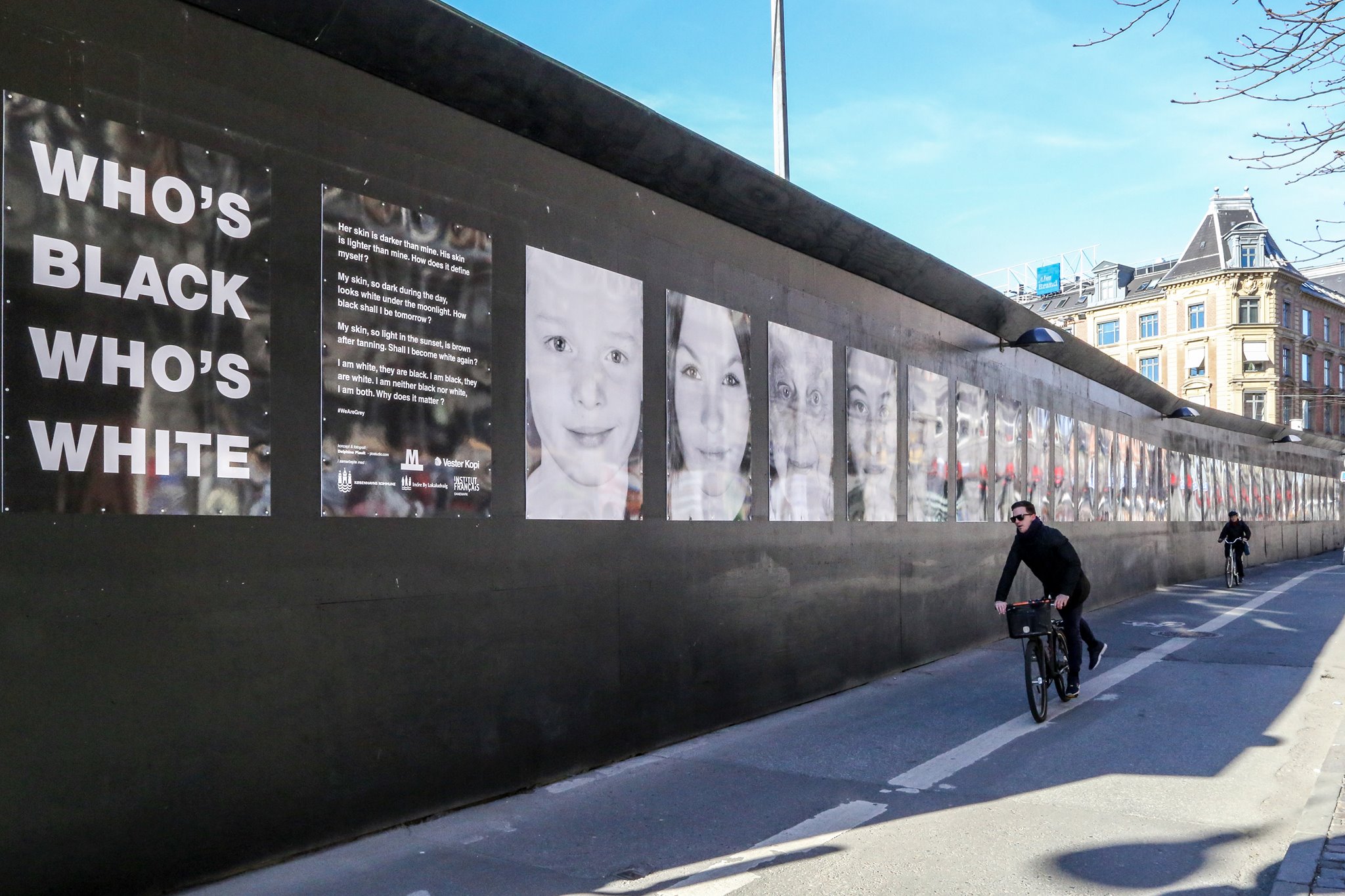 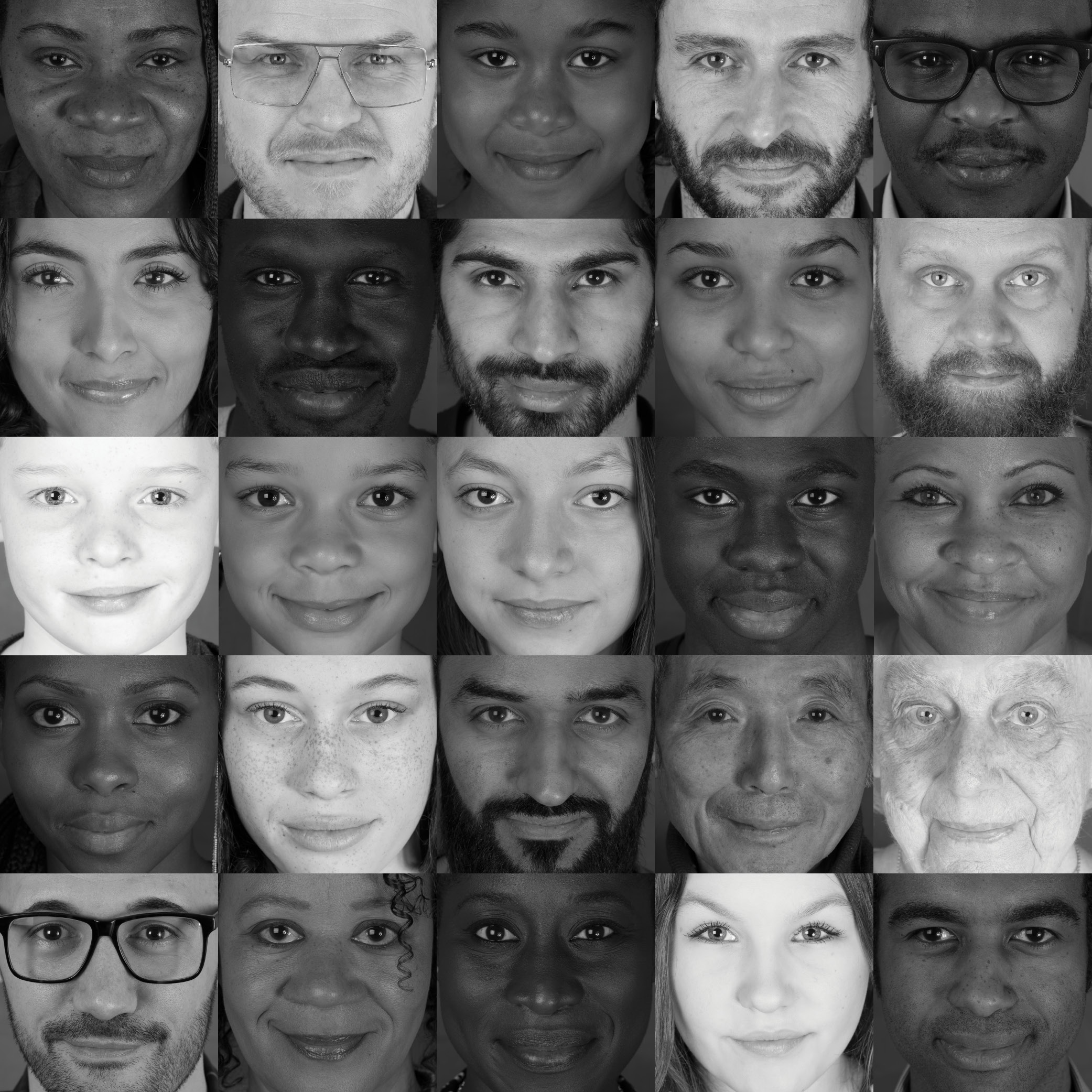 The photo exhibition consists of thirty black & white portraits of Danish inhabitants, including a mix of celebrities such as Ida Corr, Hella Joof or Kuku Agami, together with several anonymous people who decided to stand for diversity. The pictures shown here will create a gradient effect made by the various existing skin tones, from extremely fair to much darker ones.

Who’s Black Who’s White has the ambition to make people reflect on their way of thinking themselves and others.
Who is really black ? Who is really white ? Does it make sense to define people according to their skin colour ? 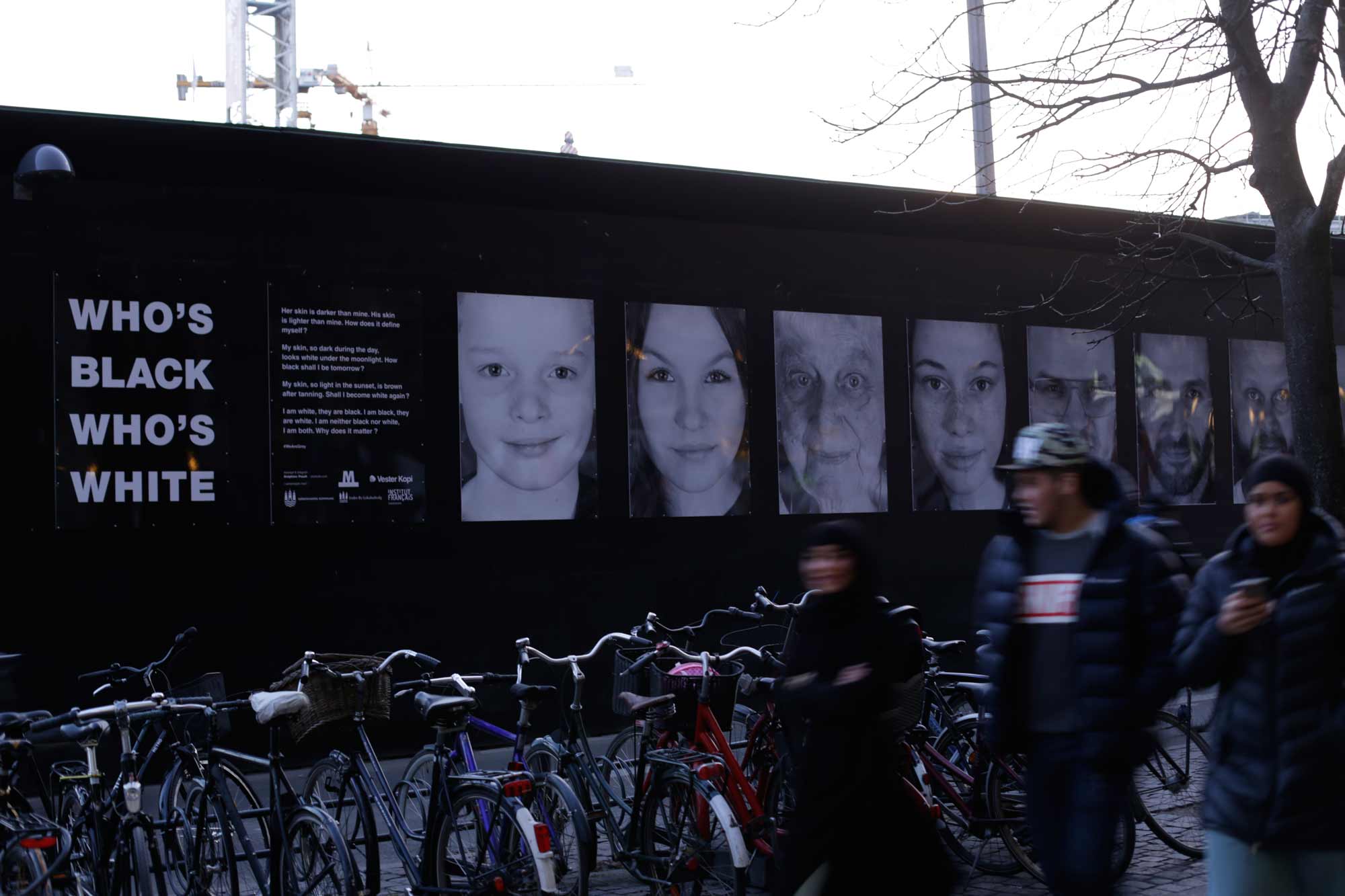